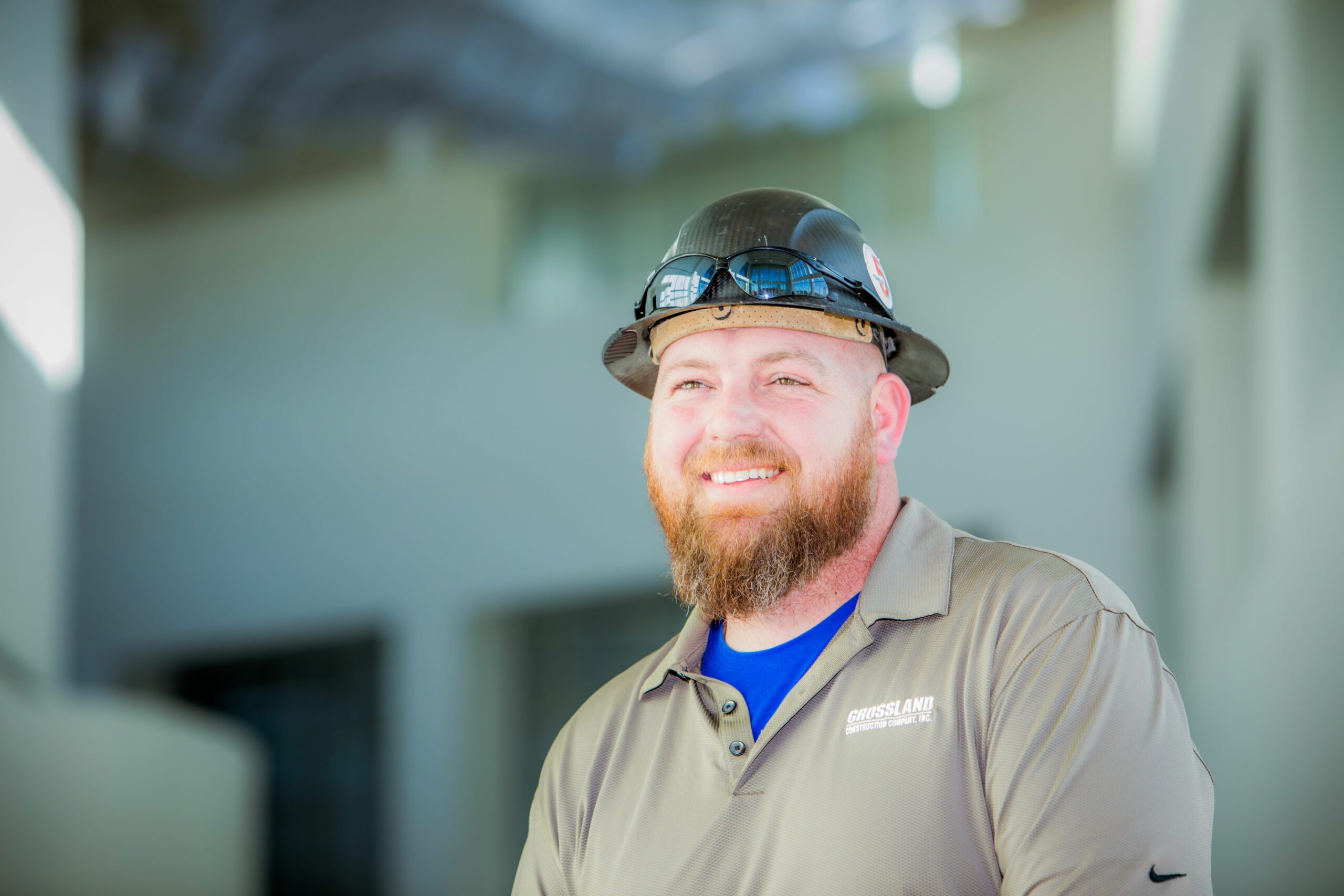 Jeremiah Schneiter proves that diligence, being a team player, and hard work can put you on a fast track in your career.

Jeremiah Schneiter heard all the catchy phrases about Crossland before he started here.

“Promote from within” was one. “Family-oriented” was another. The type of phrases you might see on a billboard. “What was really cool was seeing those phrases put into practice here,” stated Schneiter. At Crossland, you see their core values being lived out, and I saw it in how I was promoted.”

Schneiter, now a superintendent and mentor, started at Crossland six years ago as a carpenter. A hard worker who likes to learn, he quickly found himself wanting to know more and achieve more. Less than a year into his Crossland career, he tested out of the Crossland Academy Apprenticeship Program.

The Apprenticeship Program provides educational opportunities to employees while they’re working full time. It aims to “fast track” employees to career advancement within the company. Mark Robinson, Crossland Trade Instructor explains that, “while you’re working through the coursework, you’re also using the knowledge you’re gaining to take on more responsibility on the job site. You get to apply what you’re learning through the Crossland Academy in real time.”

Schneiter is a prime example of the value and power of advancement through continuing education.

“Jeremiah quickly jumped into the culture of Crossland,” DJ McClenny, VP of our Wichita Division, said. “He already had a great skill set when he came here, but he needed a little education to fill some gaps. He dug right into it and at one time had the record for the most education hours in a single year.”

That dedication to learning and the company helped Schneiter quickly advance into an assistant superintendent role. A year later, he was promoted to superintendent. He is now paying it forward by serving as a mentor to new employees who want to advance, just as he did.

“It’s rewarding getting to work with guys in the same position I was in,” he said. “I enjoy getting to guide them along and watch their journeys progress. It’s a long path that takes constant effort, but you get out what you put in. It’s all about keeping yourself motivated and keeping your eye on the end goal.”

Schneiter said the educational opportunities Crossland provides are rare in the construction industry.

“You can learn and grow so quickly here,” he said. “I’ve never seen anything like this at another company.”

“He’s leading people and has been instrumental to new employee onboarding,” he said. “That’s a big deal for new employees. He’s also been great in making sure we have local mentors in the Wichita division.”

McClenny said that Schneiter’s story is used to motivate employees in our apprenticeship and mentorship program.

“If you’re looking for advancement, stick with it,” McClenny said. “It works.”