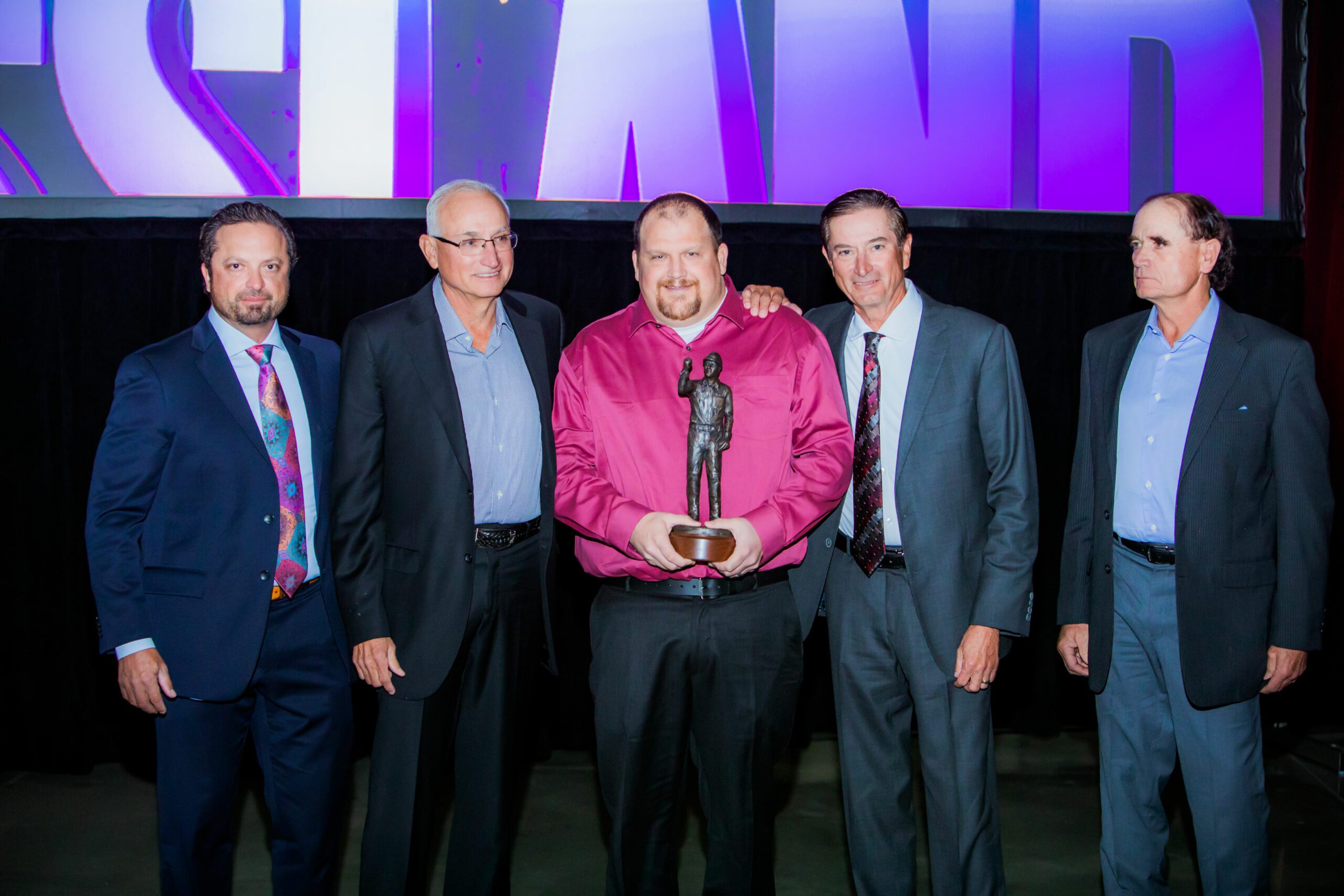 He exemplifies what it means to be a Crossland Construction employee.

So what do most people think of when they hear Brian Denney’s name?

“You can’t mention Brian without thinking about his laugh,” Grant Goodwin said.

Ok, so what’s up with this laugh?

“It’s this deep down belly laugh,” Goodwin, Project Manager, said. “It’s not like a deep voice kind of thing, but this cackling laugh.”

Drain, Superintendent, also described it as a “cackle” that “no one can imitate.”

“If you’ve ever heard it,” he said, “there’s definitely no denying, once you hear it, exactly who it is. We were at a restaurant one time, and he busted out laughing. This guy comes up to him and says, ‘Is your wife a nurse?’ He knew Brian from his laugh.”

His laughter and personable spirit, coupled with his boundless devotion to the Crossland team, earned Denney this year’s Red Iron Award. Each year, this honor is given to a single employee who represents the values and work ethic of our company’s founder, Ivan “Red Iron” Crossland Sr.

“I was very excited and proud when I won the Red Iron award, said Denney. I know the quality of people who have received this award, so for me, it was truly a blessing and a milestone in my career. I can’t thank Crossland enough for what they have done for me to get me where I am today.”

McClenny, Vice President for Wichita, said Denney is deserving of the award for many reasons.

“First, it’s his ability to see the big picture,” he said. “He can step back out of a situation, analyze it, get into the details, and figure it out. At the same time, he has amazing attention to detail. He’s also a relationship builder, and that just helps the whole job go smoothly.”

Drain said Denney is “super sharp in the field.”

“He wants to be the best at whatever he’s doing,” Drain said. “He wants to learn everything he can.” 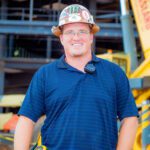 “The first time I met Brian, I thought that this guy is an athlete,” he said. “Come to find out, he may be the Roger Federer of Independence, Kansas. If it wasn’t for working at Crossland, he might be at Wimbledon.”

Of course, hearing that would probably make Denney laugh … err, cackle. Which, of course, would make everyone else laugh, too.

When Brian isn’t hard at work, he enjoys spending time with his wife, Jennifer, and their three kids, Aiden (16), Allie (13), and Abbott (9). When they’re not busy with their kid’s sporting events, they like being outdoors hunting and fishing.