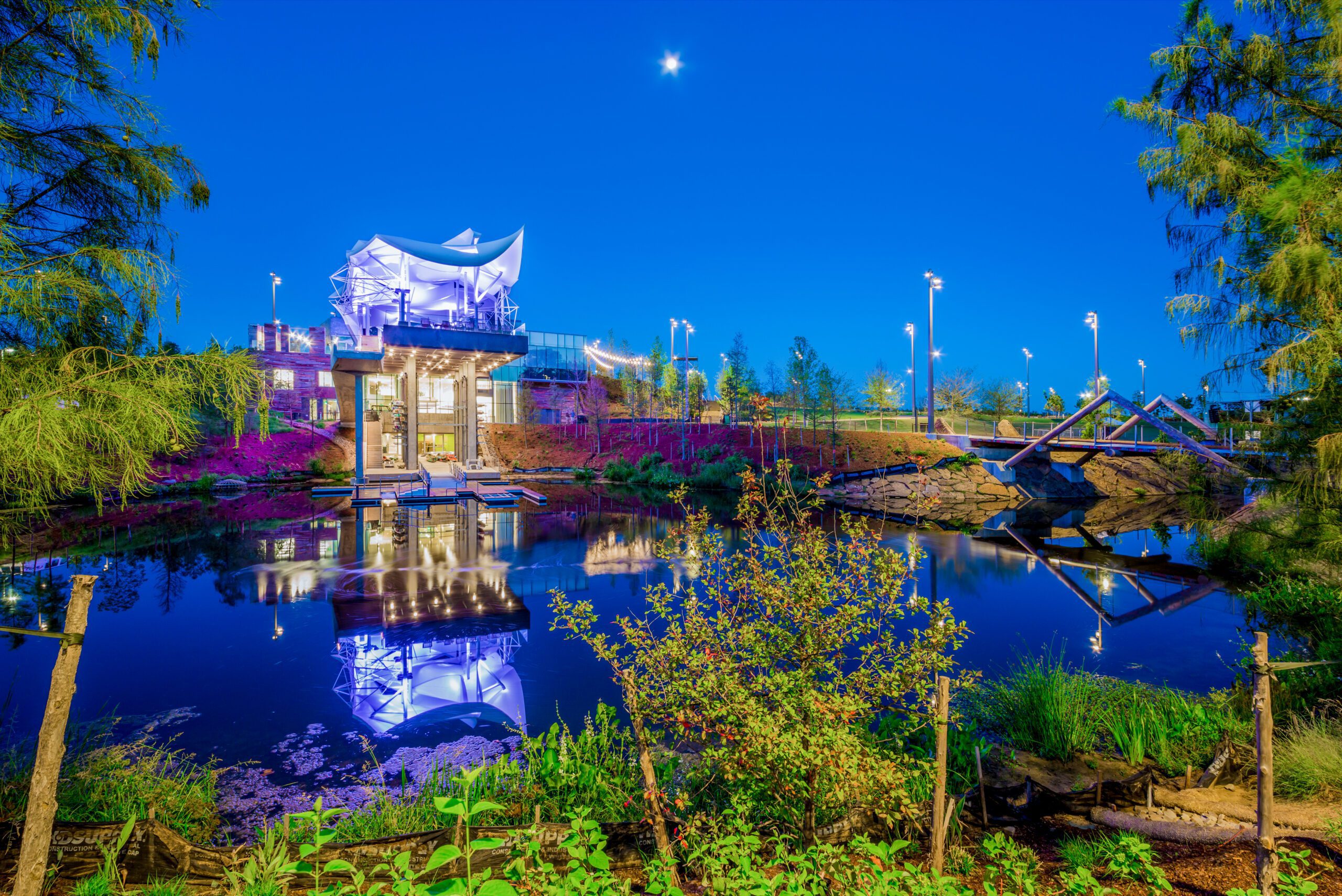 Other Top Firms Said It Was Impossible. We Asked, “When Can We Start?”

The George Kaiser Family Foundation proposed the plan, and the idea was surprisingly simple – let’s build a place that connects the people of this city. The result – Gathering Place in Tulsa, Oklahoma. Kaiser’s donation, considered to be the largest private gift to a public park system in the history of the United States, transformed 98 acres of flat land adjacent to the Arkansas River into an interactive work of art. Some would say the project got off to a rocky start. At Crossland, we say it was fate.

Under the direction of an outside firm, Gathering Place was $50 million over budget when demolition was nearing completion. That’s when we got the call. We were asked to meet with the Kaiser Foundation to see if we could improve the project’s outlook. And, we did just that. Crossland stepped in, brining Gathering Place well within budget parameters and with a rock-solid completion date. Working closely with the architect, Michael Van Valkenburgh, teams visited the top-ranked park projects in the nation. We assessed what worked and what didn’t work.

Ultimately, successful elements from each of those parks were then incorporated into Gathering Place’s final design. Park plans included construction of numerous buildings, state-of-the-art playground equipment, and acres of customized green space. Linked together through a series of park paths measuring six miles in totality, two land bridges spanning Riverside Drive, and three wood timber bridges, Gathering Place offers something for everyone. And, of course, we delivered the project within budget and right on time. This project was honored as a winner of the 2018 Excellence in Construction Award through the Associated Builders and Contractors organization.