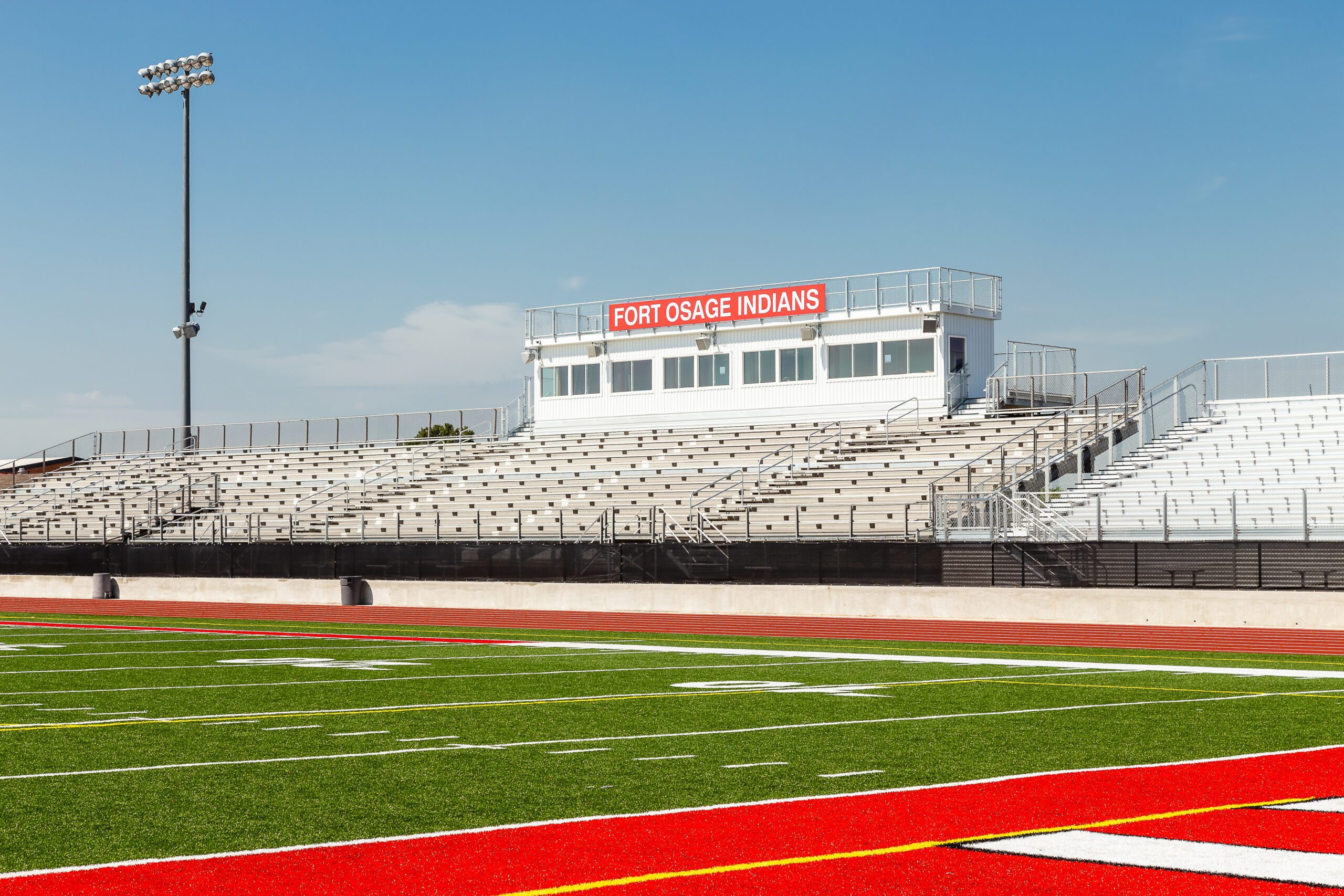 From the artificial turf and the new, eight-lane track to the new scoreboard, the bleachers, the press box, and the visitor’s concessions stand, it’s hard to pinpoint just which feature of the new Fort Osage Stadium is a hometown sports-fan favorite. As part of an $11.37 million bond issue, the school district was in dire need of a stadium facelift.

When Crossland took the field, they knew they were well on their way to having a fantastic new sporting complex on their home turf. Also included is a new, fully-enclosed, high school breezeway. The school building, with three sides, needed to connect as a four-sided structure to give students a way to access each hall quickly without having to exit the building. The new breezeway does just that, and is a beautiful addition to the Fort Osage campus.

Both with accelerated schedules, Crossland tackled the obstacles and delivered a win to the students, staff, and families of the Fort Osage district. Over the course of eight months, Crossland crews self-performed site concrete, building concrete, earthwork, and storm sewer work.

This project is the proud recipient of a 2018 Excellence in Construction Award from the Associated Builders and Contractors Heart of America chapter.