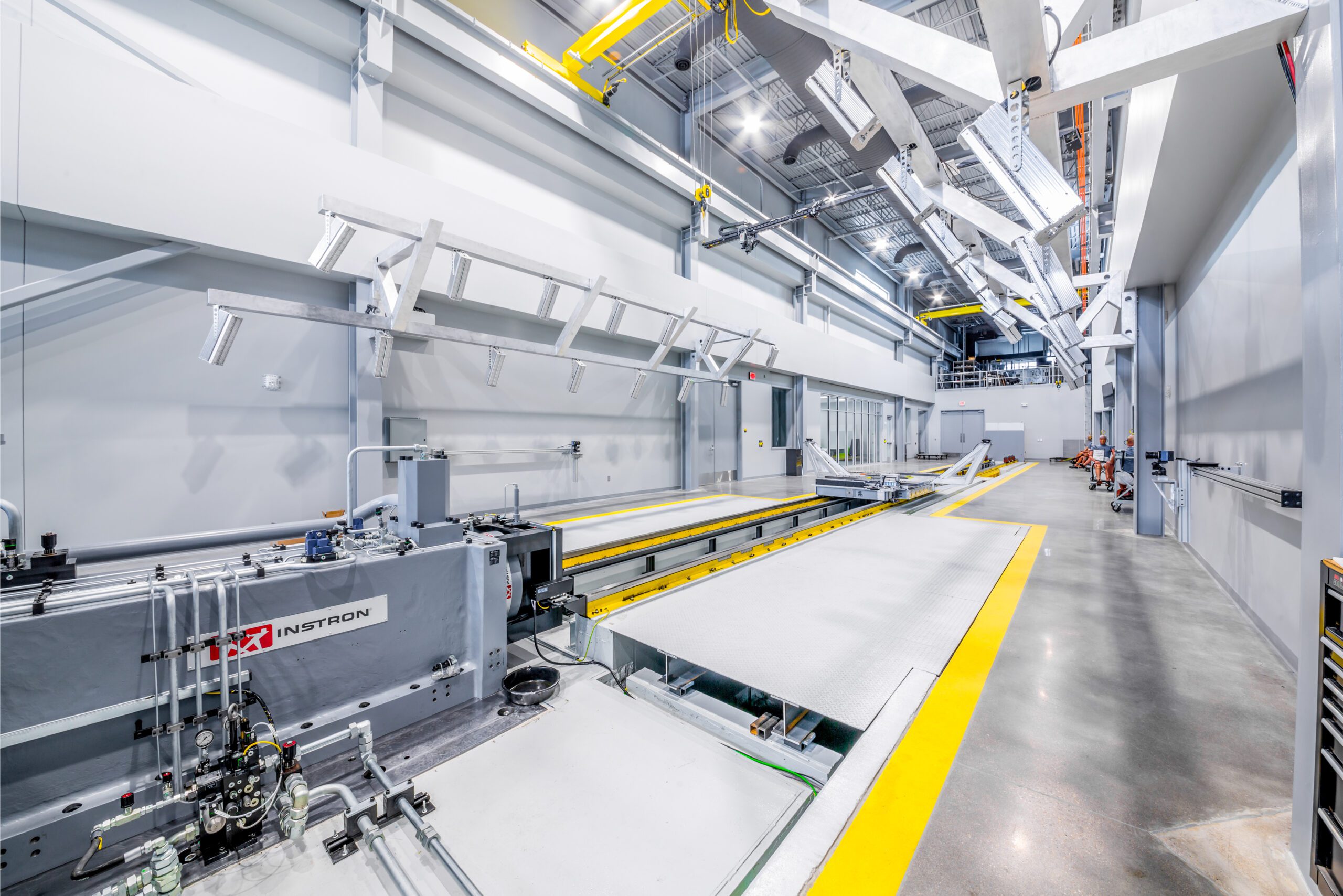 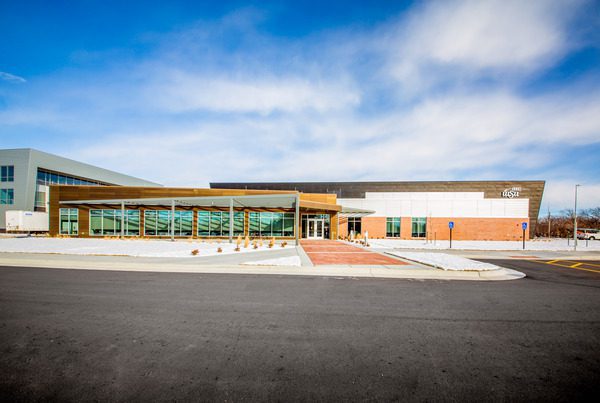 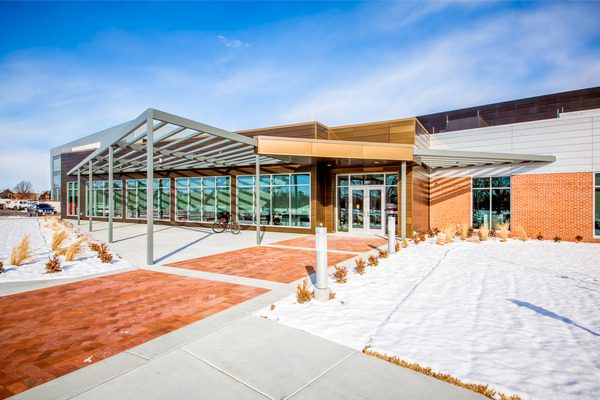 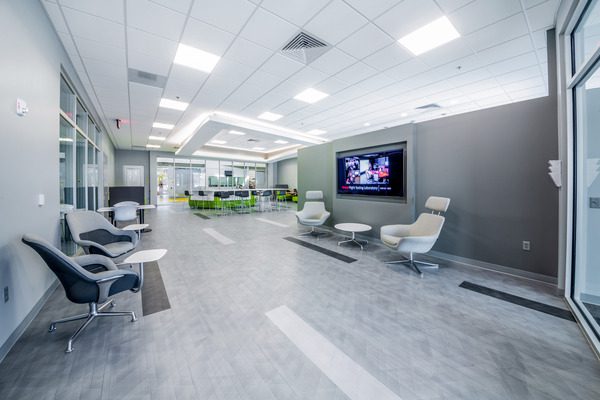 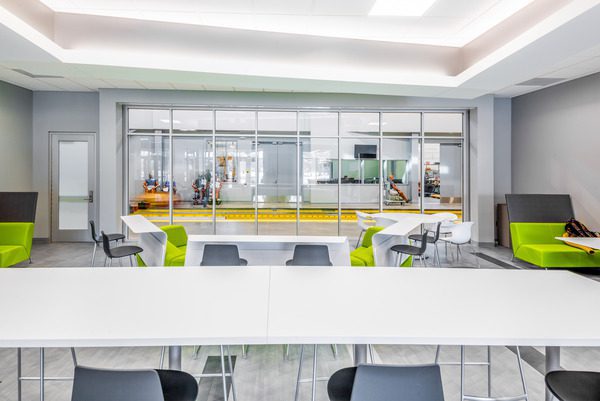 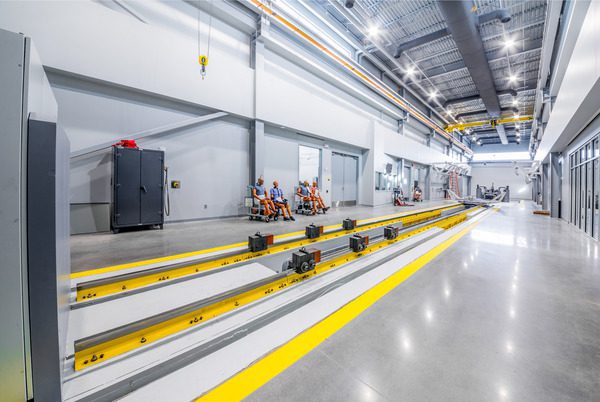 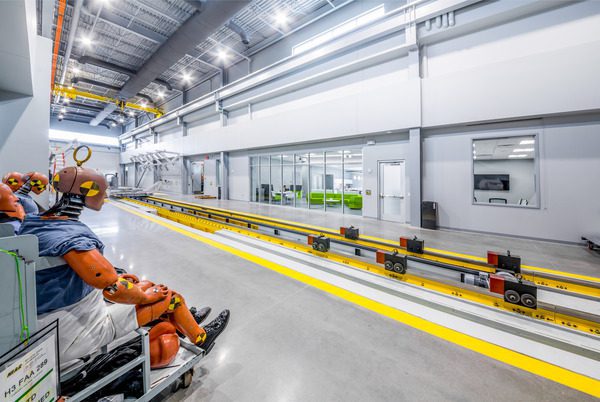 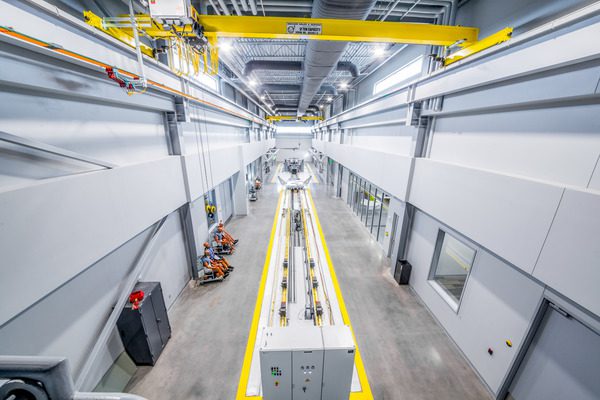 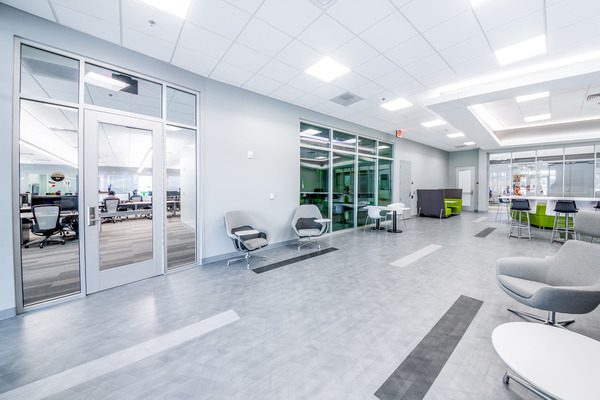 For 25 years, Wichita State’s National Institute for Aviation Research (NIAR) housed Crash Dynamics – a “sled” (metal platform), atop a hydraulic piston track braking system designed to slow, then stop, the sled as it progresses down the track. When the lab’s current sled, installed in 2004, stopped being supported by the manufacturer, WSU hired Crossland to build an exciting new crash test lab on WSU’s Innovation Campus.

The construction of this building was unique. The sled bay foundation was substantial, requiring our team to pour approximately 700 yards of concrete with 50 tons of rebar. The bay required a specific type of concrete – plus the rebar – to absorb the force from the sled system’s impact. Additionally, crews placed about 140 anchor bolts within a considerably tight workspace. There were also highly specific temperature and humidity control requirements for the bay.

Our team worked diligently to coordinate with the German engineering company that manufactured the sled, especially given the time difference and converting all measurements from millimeters. Crews pre-built the concrete formwork in a millwork shop; the forms were then constructed according to an AutoCAD plan, both of which required a significant amount of detailed coordination among teams. The structure was uniquely built around the foundation, instead of installing the foundation first.

This testing facility is a project that Crossland is highly proud to be part of. It will allow NIAR to meet new industry standards and expand research capacities to better reach its global client base.